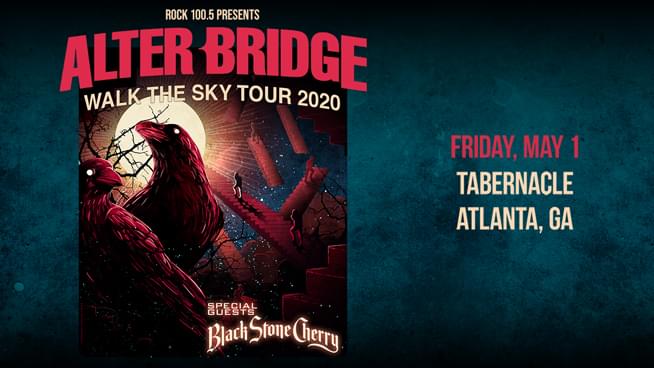 Add to my calendar
Venue: The Tabernacle 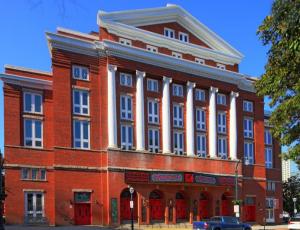 The Tabernacle building has a rich & storied history. Opened in 1910 as The Broughton Tabernacle; Dr. Leonard Gaston Broughton was the pastor and a physician. Dr. Broughton started the Georgia Baptist Medical Center and nursing school, which began as the Tabernacle infirmary with three beds. The Third Baptist Church was an active congregation with over 4000 members. The congregation relocated during the mid eighties and the building lay vacant until the 1996 Centennial Olympic Games, when it was converted into a House of Blues club.

After the Olympics, the building continued to operate as a music venue under a variety of different owners. The Tabernacle is currently operated by Live Nation.

Live Nation is the world's largest live music company. Our mission is to inspire passion for live music around the world. We are the largest promoter of live concerts in the world, the second-largest entertainment venue management company and have a rapidly growing online presence. We strive to create superior experiences for artists and fans, regularly producing tours for the biggest superstars in the business, including The Rolling Stones, Barbra Streisand, Madonna, U2 and Coldplay. Globally, we own, operate, have booking rights for and/or have an equity interest in more than 160 venues, including House of Blues© music venues and prestigious locations such as The Fillmore in San Francisco, Nikon at Jones Beach in New York and London's Wembley Arena. Our websites collectively are the second most popular entertainment/event websites in the United States, according to Nielsen//NetRatings. In addition, we also produce, promote or host theatrical, specialized motor sports and other live entertainment events.

In 2006, we connected nearly 60 million fans with their favorite performers at approximately 26,000 events in 18 countries around the world. Headquartered in Los Angeles, California, Live Nation is listed on the New York Stock Exchange, trading under the symbol "LYV." For more information regarding Live Nation and its businesses, please visit the company's website at www.livenation.com.