One of our fall favorites is giving us an early tease with what’s to come for next season! American Horror Story creator, Ryan Murphy, released a teaser trailer to Instagram giving us a clue to theme and a title to this seasons installment. The FX show is going into it’s ninth season and a brief promo revealed it will have a retro slasher vibe to it.

The clip starts with a young woman running for her life through the woods in slow-motion, while being chased by a masked man with a big ass knife. She escapes into a cabin, crying and screaming right when a huge knife is stabbed through the door. Throughout the clip is the perfect song to set the scene by one of our favorite new artists, Billie Eillish. Her “Six Feet Under” song gives the audience the chill and excitement that was portrayed for this teaser video. The trailer ends with the title 1984, a fitting name for such a horror theme.

1984 is known for what people describe as the end of the golden age for slasher films, a year where famous movies like Friday the 13th: The Final Chapter, A Nightmare on Elm Street, Children of the Corn and Silent Night, Deadly Night.

Emma Roberts has been confirmed to make a comeback to the American Horror Story series and recently posted to her story about it. 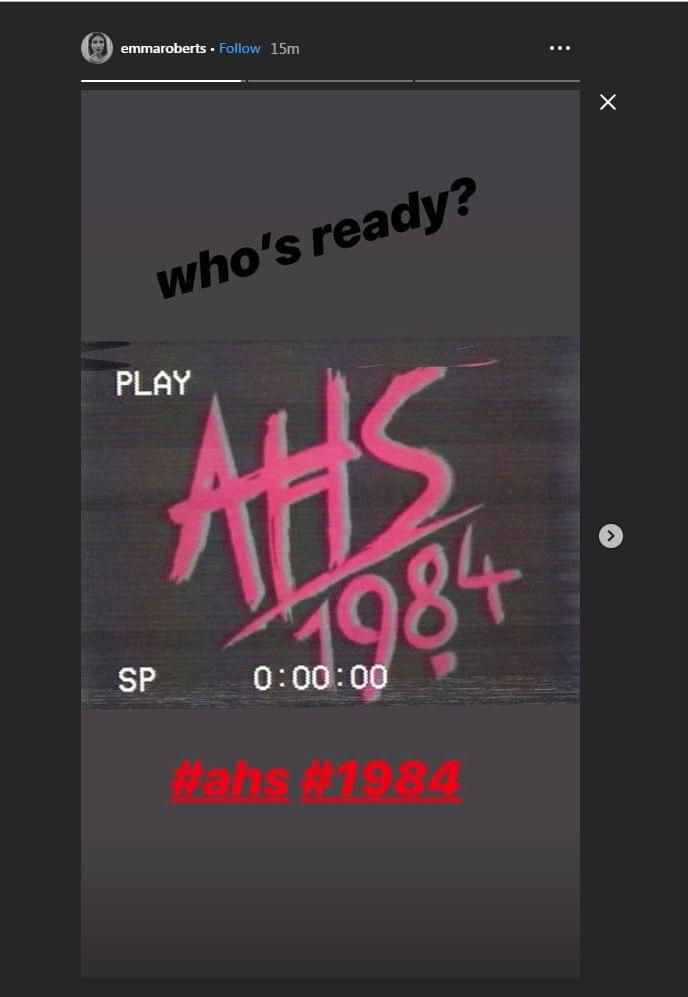