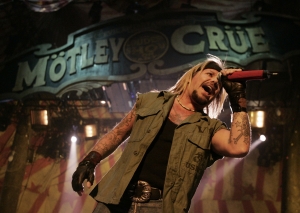 We finally have a release date for the upcoming Motley Crue biopic, “The Dirt.” The adaptation of the “world’s most notorious rock band” will be released on Netflix March 22nd of 2019. We got a ton of teasers/surprises throughout this year, including line-up changes and people getting electrocuted on set (by accident of course). Machine Gun Kelly, a rapper, will play the role of Tommy Lee. Kelly has been in the public most recently for his diss track battle with fellow rapper, Eminem. Tony Cavalero will portray Ozzy Osbourne, who inclusion in the film excited fans upon it’s announcement. More and more of these documentaries/biopics are coming out, Tons of bands have documentaries on Netflix that give people an insight into the creating and career of a band, especially for those that had not been born yet.