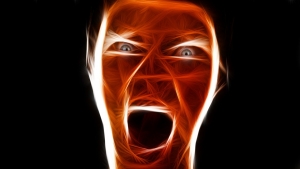 Every time I talk to a musician, I ask them about the current state of rock. I hear differing answers, such as Tobais Forge from Ghost. He said he sees “a lack of ingenuity in today’s rock scene.” He spoke specifically about bands wanting to get to the arena rock level and being bigger than life.  In a recent interview, Adam Levine of Maroon 5 said, “Rock is nowhere, really. ‘I don’t know where it is. It it’s around, no one’s invited me to the party.'” Seriously?! That is absolutely ridiculous. There is so much great rock being made right now, whether it’s from established bands, bands just starting to make it or local bands who kick ass in small venues. Rock is alive and thriving. Yes, top 40/hip hop dominates right now. I recently interviewed Ric Ocasek of The Cars and even he praised the things hip hip and edm music are doing. There’s no doubt that the genre is progressing and is currently sitting on top. But don’t talk about rock like it’s this underground thing that is weird, unheard of and unoriginal.

Slipknot’s Corey Taylor proceeded to call Levine a “schmuck” on Twitter and rightfully so. Listen, I have nothing wrong with Levine. I think he’s very talented. I crack up every time I watch The Voice and see the interactions between he and Blake Shelton. However, to suggest that rock is dead/dying and no longer relevant is ludicrous.

Go to any music venue here in Atlanta and you will see exactly what I’m talking about. Small local venues around the city feature some of the best musical talent you’ll find. I know and am friends with plenty of these bands. It’s alive and thriving. People just don’t take the time to go out and find it. They are so comfortable/accustomed to big-name bands that they’re scared to go out and discover something new. For the genre to succeed, people need to be open to new bands. Support them. Go to their shows. Buy their merchandise. Follow them on social media.

I am such a rock/metal fan and for people to suggest that it’s not important anymore really pisses me off. Sorry, but Maroon 5 can’t hold a candle to Slipknot.