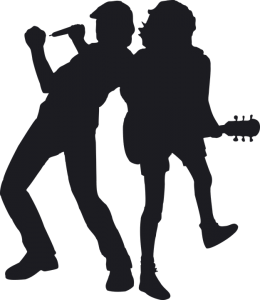 The rumor mill regarding the new AC/DC album just went to a new level! First, we wondered whether or not they would even make a new album and eventually hang it up. Then we heard rumblings about whether or not Axl Rose would once again team up with the rock legends for a new album and a world trek. Those two scenarios alone had us all on our toes. To top it all off, a picture has now surfaced of both Phil Rudd and Brian Johnson mingling outside Warehouse Studios in Vancouver, where the band has recorded their last three albums. Johnson had promised fans that he was going to deal with and fix his hearing problems and continue to tour and make music, making the photo not all that surprising. However, all we can do is speculate. Maybe he’s just meeting up with some old pals while they get ready to get back in studio. But can you imagine AC/DC back together with Angus, Johnson and Rudd? If that happens, please come back through Atlanta!

See the photo captured in Vancouver and read about Johnson’s possible return here.